Moving from California to Texas:  What to Consider

California and Texas have a few big things in common: they are the two most populous states in the United States, and the second and third largest by land mass. Both enjoy year-round mild to hot temperatures. But, there are signicant differences as well. Those differences may explain why people are ocking to Texas while the trend in California is to move out–or, at least, to talk about it. Moving from California to Texas though is a big deal, consider these things before packing your bags.

At the end of 2018, the Austin Statesman published U.S. Census Bureau data showing that the population fo Texas had increased by nearly 3.5 million since 2010. That’s 13.7% population growth in less than a decade. Meanwhile, here in California, news reports are lled with stories about people who have left, plan to leave, or wish they could leave. The 2019 Edelman Trust Barometer California Supplementary Survey revealed signicant concerns of California residents throughout the state.

The high cost of living may explain why so many Californians are ready to make a move, but why Texas? Here are a few reasons the Lone Star state beckons Californians:

Both Texas and California are large in terms of land mass and population , but Texas is considerably bigger and has a smaller population. Texas’s borders encompass 261,914 square miles and just over 29 million people. California, at 155,973 square miles, is home to more than 40 million.In addition to lower congestion, the abundance of space in Texas translates to one of the state’s most signicant benets as compared with California: lower housing costs.

According to Trulia, the median home sales price in Los Angeles is currently $825,000 , or about $675 per square foot of living space. Home prices in Texas’s largest cities are considerably lower. Dallas, at a median home price of $612,324 comes closest, followed by the fast-growing Austin at $545,758. But, Houston’s median purchase price is less than half that in Los Angeles–just $377,404. And, the median home buyer in San Antonio pays $260,188.

The difference in housing costs extends to renters, as well. While Los Angeles renters pay a median rate of $4,200 per month, median rents across San Antonio, Houston, Dallas and Austin range from $1,445 to $1,995. Even without other advantages, cutting housing costs by 50% or more can have a dramatic impact on quality of life.

While California and most other states protect only a limited amount of equity in your home from creditors or in bankruptcy, the Texas homestead exemption is unlimited– provided you come in under 10 acres in an urban setting or 100 acres in a rural area.

TheTexas unemployment rate is at a historic low right now: 3.7% compared with 4.3% in California. The Los Angeles metro area is above the U.S. average, while the Dallas/Fort Worth, Houston/Galveston, San Antonio and Austin metro areas are all posting unemployment rates slightly or signicantly below the national average. And, the favorable comparison isn’t just a blip. Texas’s all-time high unemployment rate was 9.2%, all the way back in 1986. California reached 12.3% unemployment in late 2010.

It’s easy to see why Texas appeals to Californians who are stretched thin nancially and looking for lower a lower cost of living–especially lower housing costs. However, when making a decision as signicant as an interstate move, it’s important to research thoroughly. That means considering all income and expense-related data, not just high level cost-of-living gures or housing prices. Depending on your income bracket, family size and other factors, different data points will impact you more or less. And, practical considerations may also impact your cost of living. For example, with the wide open spaces in Texas, a reliable vehicle may be critical, even if you’re in an urban area.

Finally, if you’re already experiencing nancial difculties, you’ll want to educate yourself about your options for managing those difculties while you’re still in California versus after moving to Texas. For instance, while the unlimited homestead exemption in Texas can provide powerful protection, it’s not available to new arrivals. The homestead exemption doesn’t take effect mid-year, and a bankruptcy petitioner can’t opt for the unlimited state exemption until he or she has resided in the state for at least 40 months. If you’re unsure of the specics as to this particular aspect of bankruptcy law, give us a call and we’ll happily help you sort it out.

Most Beautiful Places in Texas to Visit: Underrated Spots to Explore

With Spanish moss casing thick cypress trees and a sprawling labyrinth of lush bayous and wetlands, this lake is one of the most overlooked jewels in the Lone Star; and it’s just begging to be kayaked. One of the only naturally formed lakes in Texas, it was created by the gigantic log jam -- “The Great Raft” -- which began backlogging the Red and Atchafalaya Rivers as far back as 1100-1200 AD. The lake and state park are currently open, with some limitations and guidelines set in place for everyone’s safety, including the requirement of advance day pass and camping reservations, limitations on group sizing, headquarter and visitor center closures, and more. Check the park website, for details.

Just west of the small city of Sonora (which, FYI, is about halfway between San Antonio and Big Bend), this massive cave carved itself into Cretaceous-period limestone about 1.5 to 5 million years ago. It boasts one of the heaviest collections of calcite crystal formations, most especially helictites, in the world. Make sure to check out the “buttery,” where two shtail helictites share the same attachment point, and the "snake pit," where the formations are so densely packed, you’ll soon be Indiana Jonesing to get out. All tours are currently offered by reservation only, with time limits and a maximum of six people allowed on the tour to limit exposure to visitors and staff while in the cave.

We don’t even know why you’d visit Colorado State Bend Park without hiking the 1.5-mile trail to this hidden treasure. Complete the trek and you’ll be treated to a misty chill, complete with a breathtaking 60-foot waterfall cascading into a fern-coated grotto and some new Instagram followers. Like most state parks, this one is open with required reservations for day passes and camping. Reserve them online or by calling 512-389-8900. Face coverings are strongly encouraged and other safety measures are listed on the park's site.

With over 800K acres, Big Bend National Park is one of the largest national parks in the US. It’s also one of the most desolate, with only 300-350K visitors annually. All paved roads, some dirt roads, and many frontcountry hiking trails are currently open for desert exploration (groups of non-household members are limited to ve, including tour guides). You may be tempted to hit the Chimneys and Marufo Vega Trails rst, but you should really make your way over to the winding valley that separates the US and Mexico. Flowing with the waters of the Rio Grande River and lined by towering 1,000-foot cliffs, the canyon’s water can get as shallow as two feet at points, allowing you to both hoof it and paddle it.

We’re sure you’ve seen some Texas bluebonnets. But the best place to view them is this hidden scenic loop outside of Fredericksburg. Take your signicant other and bring some Hill Country wine and cheese. 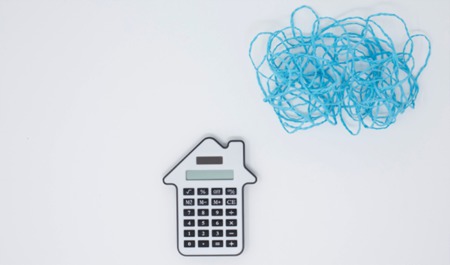